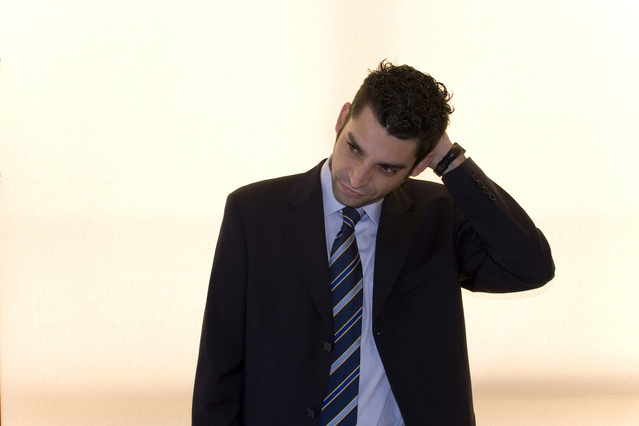 A dictionary definition of confidence might say it is the feeling or belief that one can have faith in or rely on something or someone. So lack of confidence in oneself can be defined as lack of self-belief. There may be many reasons why this may have happened, a naturally shy person may feel that they have to put more effort into interacting with their colleagues, others may be the victim of a management bully. Either way, losing confidence in ourselves can lead to depression and anxiety.

In the office, lack of confidence may manifest itself as doubting you can do the job to the level expected. There may be a total lack of enthusiasm when asked to speak to colleagues, management or customers.

Bullying can often undermine someone’s confidence and so lead to hiding from the person, becoming withdrawn and not showing any initiative as you don’t want to be the centre of attention.

Darren was a senior research manager at a science company. He had a Phd and had a high IQ, however he felt that there were younger people coming into the company that were undermining his confidence, because they weren’t agreeing with his ideas and approach. This meant that he wasn’t delegating work and he was keeping a lot of ideas to himself.

He started to feel overwhelmed and at home became distant. His relationship with his wife started to suffer and he lost interest in playing with his young son.

An incident at work with one of the managers in charge of developing his ideas had prompted the HR manager to suggest a few weeks holiday to “get his act together”. This had made his confidence plummet even lower, so he decided to seek help.

Once we discussed how the brain worked and what he wanted to achieve we spent a total of 12 weeks to put together plans of action, on improving his mental well being, improving his relationships with colleagues and his wife and he also realised that although he enjoyed working to deadlines, he himself had no personal aims, so a few sessions looked ahead at future job prospects.

Using all the tools at his disposal soon he was starting to learn a new language and an instrument, realising that he had been just coming home, switching on the TV, having a beer and not talking. Now he was coming home, winding down playing with his pets and son, putting him to bed and helping his wife prepare dinner.

With his home life improving his confidence at work was beginning to increase. He realised that when he was in a meeting he had stop listening to people, try to take over and was often the perpetrator of arguments. So we worked on holding back, encouraging others perspectives and bringing in others to help make RD decisions. The HR manager was very impressed with the changes that had been made and he convinced management to change his role within the company and give him new challenges and a more secure future.

He also found he had lost about a stone in weight as he was exercising more and not drinking every evening, that too increased his confidence levels even more.