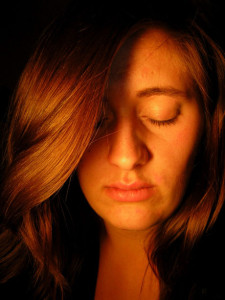 How hypnotherapy can help with grief

Bereavement is a perfectly reasonable response to the loss of a loved one, whether they have died or have just left the person’s environment for good.

There are many takes on grief, depending on the culture you live in.

Bereavement is a complex set of emotions. Using solution-focused questioning a person can look at doing things for themselves that will help them come to terms with the absence. The hypnotherapy can help reduce the emotional pain and to understand on a much deeper level the healing process. If the death of the other person was traumatic, we could use the same methods as the fast phobia cure. Helping scramble the fear response and can help change the negative thoughts going through the person’s mind.

Suicide is painful for those left.

Clare had suffered a bereavement of a family member who had committed suicide. She was trying to be strong for other members of the family but was finding it hard. A previous fear of death had brought back all the awful memories of that time. She was experiencing all the feelings of denial, anger and guilt. Her goal for therapy was to feel OK again. To accept that it happened and no one could change that fact.

Each week we looked at what had been better, the days when she was coping well. She realised that when this had started; she had stopped going down the gym. She had moved recently too, so her usual circle of friends were miles away. She looked at activities she could do on her days off and joined a Zumba class.

Feeling more in control of the bereavement

Over the next few weeks, she felt more in control. She had made new friends and acquaintances, her moods improved as she upped her exercise regime.

Christmas came and went, and we had reached session six. She was rating herself now as a 7. To make sure she kept at this rate I saw her every fortnight for four sessions. In that time she realised she was letting things slip in the way of planning outings and having time together with her husband, so she bought herself a year planner and was looking forward to some holidays and weekends away seeing friends.

By the end of the twelve weeks, Clare was feeling more like her old self. The family were also feeling more supported. Life would never be the same for them. But now they felt closer and able to talk to each other about what had happened. In the beginning, they were all blaming themselves for missing the red flags. With Clare’s support, they realised that none of them could have predicted what happened.

Sandy’s mother had dementia, and her father no longer wanted to look after her, so they placed her in a perfect nursing home close to where her brother lived. Unfortunately, it was over four hours’ drive from where she lived. She found finding time to see her was difficult due to the busy nature of her job. She travelled a great deal and fitted in visits whenever she could. Slowly her mother’s health declined When she received the call that she had pneumonia and it wouldn’t be long before she passed, Sandy was in Europe on a business trip. She was making plans to fly back early when the news came that her mother had died. Sandy felt numb, worried her family would think she’d neglected her mother.

This empty, guilty feeling didn’t go away but became increasingly worse over the ensuing week. Sandy’s father and brother had arranged the funeral, so she felt she hadn’t been able to contribute. She asked for help immediately to get through the funeral and wake and to deal with the bereavement.

There was not much time, but focusing on how she wanted to conduct herself during the funeral was at the forefront of her mind. She aimed to be calm, in control and able to look people in the eye. I responded by saying it was OK to grieve, to cry at the funeral. Everyone would understand as it was the natural thing to do. She felt relieved that she didn’t have to keep a stiff upper lip – she left that for her father and brother to do.

The trancework focused on acceptance – not being there wasn’t because she didn’t love her mother, but her mother had encouraged Sandy to live a life of full independence – unlike hers. She was in Europe because that is where her mother would have wanted her to go.

When she returned for the second session, she reported that she had cried. But her aunts and cousins had commiserated that it must have been hard for her as her work commitments had encroached on family time. It had surprised her at how much empathy she felt, particularly from her cousin Joanne, who also had a full-time job.

Now the crisis over, Sandy felt she didn’t need the support, she was dealing with the bereavement just fine. But she came back for relaxation sessions every couple of months to help with the workload and general stress levels.

Losing a baby, then losing her mind

In my experience of being a hypnotherapist and a solution-focused one at that, I sometimes encounter clients who won’t tell me what has happened. The point of solution-focused work is to focus on how you want to be, so knowing the problem isn’t always necessary. However, in the next case, it was very confusing, because my client spent a good five weeks not telling me what had happened, but I put the puzzle together which helped me give her some tools which would help her through the bereavement.

It has been a privilege to help women and men grieve when they lost a baby, especially before it was born. But it never prepared me for the complete range of emotions felt by women who have had abortions. Most assume that because it’s the women’s choice to have an abortion that that’s the end. But there is a massive range of feelings which well up. From believing you are a murderer, you’re a terrible person; you’re going to Hell, anger at oneself, self-loathing, guilt and anxiety.

Feeling at her lowest ever

Lucy was one such woman. In her early twenties, she had the abortion because she had to finish her education, and an unplanned baby would have made that impossible. The father didn’t want to know. As far as he was concerned, abortion was the only logical choice. I didn’t know this right at the beginning, though. All she would say was she had done an evil thing, and she couldn’t forgive herself.

She sat looking at the floor and couldn’t find anything good happening. When I asked her what would happen if a miracle occurred, she couldn’t or wouldn’t tell me. I felt time would get her to that point.
She was a 0 on the scale, and she stayed there for a couple of weeks. Each week I went over the brain and how the negative thoughts she was having was keeping her there. Relaxation was about the only thing I would do with her, as placing her in a hypnotic trance in such a ruminative state wasn’t a good idea. I taught her mindfulness and the technique float away leaves, allowing her to imagine getting the unwanted feelings out of her body.

Then in week five, she opened up.

Did I know how evil she was?

That confession was a breakthrough. We could start the therapy in much greater depth.

Only her boyfriend and I knew the truth, so I asked if telling someone else in her family might take some burdens away. She told me her family would disown her, but we discussed how true that statement was. Eventually, she spoke to an aunt, who turned out to be very supportive.

Over the weeks she realised she was projecting her own beliefs and values on others and they wouldn’t judge her. We worked on having self-compassion. She recognised there were things she could do to improve how she felt. Going for a cycle ride each day helped clear her mind, for example. She would walk in the park and at the weekend go for a swim.

Lucy and her boyfriend eventually split at the end of the term. As she prepared for the summer holidays at home, she felt more optimistic and looking forward to a job she landed herself. The past four months had been long, and she still felt there was a long way to go before getting back to her old self.

By the end of therapy, she had accepted her decision. She still grieved occasionally and when she felt down, being with friends picked up her moods considerably. Lucy had told her friends eventually, and they were hugely supportive, which surprised her. Everyone she had mentioned it to had not judged her as she thought they would.

Not everyone responds to counselling, others may not feel hypnosis the right way. For those who just want support Cruse may be able to help.