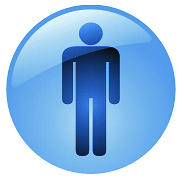 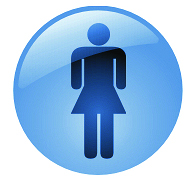 Irritable bowel syndrome (IBS) is a chronic (long-term) disorder that affects the digestive system. It causes abdominal pain, diarrhea and constipation. There are different types of IBS, depending on your main symptom. It’s known by a variety of other names, including spastic colon, spastic colitis, mucous colitis, nervous diarrhoea, nervous colon and nervous or functional bowel. However, some of these names misrepresent the condition. Colitis, for example, is an inflammation of the colon and this symptom isn’t found in people with IBS.

The symptoms of IBS can fluctuate. There may be times when your symptoms are particularly troublesome and times when you experience no symptoms at all. Although IBS poses no serious threat to health, it can have an adverse effect on a person’s quality of life. The exact causes of IBS are unknown, but it is known that when we experience any stress, the fight and flight mechanism stops our body from digesting. Sometimes this manifests as not being able to swallow, at other times by releasing the food in our gut rather dramatically, or stopping us from going altogether until the threat has passed.

Check it out with your doctor first

If you have not had your bowel checked out by doctors before seeing a hypnotherapist then please do so before making an appointment. It is not the responsibility of the therapist to make a diagnosis, and all possibilities need to be ruled out beforehand.

Dr Peter Whorwell at Manchester’s Withington Hospital uses hypnotherapy to help his IBS patients. He maintains that hypnotherapy is effective in the treatment for two reasons, one is it lowers anxiety and two, it acts as pain management, and decreases the sensitivity in the gut. NICE has recommended hypnotherapy for the treatment of IBS.

How common is Irritable Bowel Syndrome?

IBS is one of the most common gastrointestinal conditions. It is estimated that 10-20% of the UK’s population is affected by IBS at any one time, although this figure may be higher because many people with the condition do not report their symptoms to their GP.

IBS is twice as common in women as it is in men. The condition normally develops in people who are between 20 and 30 years of age, but it can affect people of any age.

While there is no cure for IBS, the symptoms can be controlled with lifestyle changes and medicine.

Hypnosis and visualisation can help reduce the stress that causes the bowel to want to expel all the waste in the way that it does. The more relaxed you are about life in general the less likely you are to suffer IBS. Stress can also affect the gut flora, which in turn can create IBS. So number one priority is stress reduction and to use visualisation to ease the bowel movement.

By focusing on how you want things to be instead of worrying about the problem the whole time, you can start reducing the anxiety and motivate yourself to make the changes needed.

Maybe you need to understand the thought processes which are driving Irritable bowel syndrome. Often it can start with an incident such as having diarrhoea whilst on a coach or bus with no toilets and so our minds latch onto that thought and obsess about being in control of the situation. Sometimes seeing what thoughts are driving the stress can help change them, and focus on more helpful thoughts, for example, that may have been true at the time, but time changes and it’s unlikely to be like that anymore.

Mindfulness can be very useful when faced with a stressful situation helps control the stress, the breathing or the reactions. I often teach a number of different mindfulness exercises to people depending on what they are doing. This is especially good for those who fear travelling because they don’t want to use toilets on buses or trains.

Nutritional therapy can look at a person’s diet to see if anything could be making it worse. Often disturbed gut flora can make the person experience wind, constipation and diarrhoea and removing certain foods and add in others can help change the pattern of the problem.

The number of sessions it takes is down to the individual, I’ve seen people take care of it within 5 sessions, others 20. It depends on the personal circumstances and how they can make the changes around them that are causing the anxiety that drives the IBS.

The randomised trial by Dr Whorwell can be found here

Nice recommend using hypnotherapy for IBS, and it’s recommendations can be found here

Ray works in the construction industry. He has had IBS for over 20 years and travelling was difficult. It took so much time planning every trip and going on holiday was a nightmare. He also had it bad when having to do courses or speaking to colleagues at conferences. He was diagnosed with IBS and was given some medication but it didn’t have much success.

When discussing the brain and how stress affects the gut, he identified with what was being said and was willing to try to defeat it using his mind.

At the first session Ray was slightly worried about the therapy and maybe wanting to use the toilet on the way, during and on the way home, but he soon relaxed and settled down. I taught him mindfulness of breath and relaxation on the couch. He scaled himself as a 2.

The second session, he was a 4. Ray felt so much better, the CD was working well. He felt more confident and positive. He used a toilet less during the day and had stopped worrying about his journey to and from work altogether.

By session 4 he had improved to a 6 and was actually looking forward to his holiday. He also had a course to go to and wasn’t worried about that either.

Session 6, he’d been away and had been on the course where he was able to stand up and talk to members of his industry with no problems at all, he was totally confident on controlling it in the future.

Maggie works as a PA for the local fire service, her job was quite stressful. There is a lot of administrative work and she is the only woman in an office of men. She is experiencing irritable bowel every time she goes away, especially when flying. After explaining a bit about the connection between the brain and the gut, she agrees she needs to do something about it. Consequently, she confines herself to coach travel but would like to fly. Her son lives in Scotland. However, she was spending the weekend in the toilet.

3 weeks in and she was noticing her IBS was better generally. Going shopping had previously brought on occasional bouts but these were now subsiding. She was sleeping better and actually enjoying work for a change. By week 5 she was over the moon, her work had improved, her sleeping had improved and she finally had control over the IBS, she just relaxed more. She was consistently an 8. We decided at this point to see each other on a fortnightly basis.

By the end of therapy, she was doing really well and felt that she could maintain it. She’d been on another journey, this time to see an old friend, and she’d had a fantastic time. We saw each other another 2 sessions 4 weeks apart. About a year later I learnt she too had trained in hypnotherapy for her own interest and development.

Hi Penny, I doubt you will remember me as it was some time ago now that I came to you in Long Ashton for treatment for IBS. (The lady with the broken foot!)

I have been meaning to say that even though I was totally cynical, as I am sure you are aware, things have improved greatly despite being made redundant recently. I have done two trips to Scotland without any problems and dealt with the upheaval of the job loss – so thank you very much.”*

Sometimes it’s not necessarily having to move bowels that’s the problem. One could argue a similar issue is going on with having to constantly pee. When we are feeling anxious, we’re often more aware of the need to have a pee. This is quite natural. Who wants to leave the house first thing in the morning and need a pee whilst on the bus, or in the car waiting in a traffic jam. No one does, so we become obsessive about having to pee.

Sarah was a student in Biology at Oxford. She spent time out in the jungles of South East Asia and South America doing research on biodiversity. She had no problem at all peeing behind a bush in the jungle. The Irritable bladder started taking a bus journey from Oxford to Devon.

Feeling very self-conscious, she was worried about what other people thought as she made her way down the bus to the toilets at the back. She was terrified that the door either wouldn’t lock and would burst open exposing her to the entire coach, or feared she’d get locked in. The chances of actually peeing herself increased dramatically because of the anxiety. Because of the fear of being judged, she wouldn’t go in the toilets before or after the journey either. Quite literally, she was getting her knickers in a twist!

As we started therapy, I asked her how she could tell if this problem had sorted itself. She didn’t make that many long-distance bus journies. Her response was that even short journies across Oxford had been impacted by the anxiety. Each week I taught her a variety of calming exercises and I helped her to visualise making journies easily and without effort. We went through her thought patterns and how unhelpful they had become. Changing those thoughts and realising nobody was judging her, or even paying much attention to her was important.

Each week she improved and by week 6 she came back really happy. She’d just been on a field trip, on a coach with a toilet. She made herself go and none of the things she had been predicting happened. No one noticed, she didn’t get locked in and the door didn’t burst open.