Improve your exam performance and lower your anxiety

Most people experience some degree of anxiety about exams, whether it’s academic or a driving exam. Whilst a certain amount of exam nerves is useful as a motivating force, it is important to keep on top of exam anxiety. The best way to do this is to be organised.

To start with drawing up a timetable of revision which includes mock exam questions. Don’t forget to include regular breaks and times for relaxing and times for fun and exercise. Research has found that brisk exercise of around 10 minutes whilst revising can help us retain information better.

What not to do for exam nerves

Don’t drink too much coffee, tea and fizzy drinks; the caffeine will ‘hype’ you and make your thinking less clear. Also, don’t overdo the revision, take regular breaks and stop revising at least an hour before going to bed.

What can help exam nerves

It is important to learn some stress reduction techniques as well as using specific study tips for revision.

What other information may I need to know?

Not everyone realises they have symptoms of anxiety, so here are some things you may be experiencing which are all part of the anxiety process.

How I help students with exam stress

I use a mix of tools and techniques designed to work with how the mind and body control anxiety. Tools such as breathing techniques, visualisation, mindfulness, the pomodora technique, self-hypnosis and hypnotherapy. These tools to help boost confidence, lower anxiety, which helps with concentration and motivation. An MP3 can help with relaxation, and if you create your own, you can also add in things you may need to remember too. I made a relaxation tape when I was doing A level Maths and Physics of all the equations and planted suggestions for relaxation in amongst them and would go off to sleep with a mix of the two going through my head, and it helped me remember some of the more complicated mathematics. 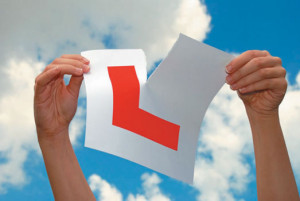 As far as driving exams are concerned, hypnotherapy can help in a number of ways.

If you are coming up for an exam, don’t leave it too late, many people think one session will be enough, but it’s much more effective if you can do at least 4 or 5 sessions, so if you know you’re going to have the exam on a particular date, make sure you book with a hypnotherapist sooner than later, and make sure you pass with flying colours.

Bill was studying for his GCSE’s, and his anxiety was so high he felt like killing himself. Consequently, the outcome of these exams would determine what A levels he could take, which would determine whether he would be accepted into the career he was so determined to follow.

The parents were very concerned with his wellbeing and suggested he came to see me. Once he understood why he was feeling that way, he was determined to use all the tools at his disposal to help regain balance and perspective.

Over a period of 2 months we focused on getting the sleep right, he went back to exercising which he was missing as he felt he had no time – but realised he was wasting time panicking. His sleep improved, he began interacting with his family once more. He also found time to see friends and to indulge in some of his hobbies and passions.

The NLP and mindfulness exercises really helped keep his focus, and slowly he felt much more confident in passing. I saw Bill all the way through his exams, up until the last one. He passed them all with A*. As he went through 6th form, he took all the precautions and tools with him and passed all his A-levels with A*s and went on to the University of choice.

Peter came to see me about passing his GCSE’s. He wasn’t sleeping so another therapist suggested to his mother to see me, as I’d had such success with her son. Being on the Autistic spectrum, very very intelligent and brilliant at maths and physics. As these were my subjects at school I felt we got off to a good start, and had plenty to talk about.

The MP3 was very helpful, as well as the tools I gave him. Other things that could help included Peter loving soft furry animals,  so slept better when his pet cat was with him, I suggested a furry fleece to take with him to bed just in case the cat was elsewhere. I also suggested a furry friend, as I used to have a furry mascot I’d take into exams with me. It helped me focus, and he found a troll he could use, to anchor the calm feelings I suggested for him.

He dealt with school so much better after seeing me and was able to go on and pass all his GCSE’s with ease.

Lorna was an accountant and had to study for her exams, but with having to work long hours and look after her mother it was proving very stressful. She had lost her self-belief and now couldn’t even imagine to qualify would look like. We worked hard on emptying her stress bucket and by about session 6, her sleep had improved, she had decided to get help for her mother and she had booked her next exam. A few weeks before her exam we followed up with a few more sessions to focus her mind, and she was able to pass them with flying colours.

Lindsay was a medical student, and she had passed all of her exams to qualify as a doctor except one – maths. She’d always struggled with maths at school and had retaken the exam 3 times. She had a maths tutor who recognised that she could do the math when it wasn’t needed, but in the exam failed every time.

She approached me 6 weeks before the final assessment which was online. We discussed a plan of action and we worked online for 6 consecutive weeks right up to the day before the final.

By session 3 she was sleeping so much better generally and her relationships at home were improving too. She had realised much of this belief about being useless with maths had stemmed from her childhood and reinforced by family and teachers over the years, but now realised it was the exam not the maths at fault.

By session 6 she was breezing through the mock exams and the day of the final she texted me to say she’d not only passed with flying colours but was in the top 10 students of that intake.

Sam had changed career to IT engineer and was struggling because to keep up with technology he had to continuosly take exams for the products and software. The latest exam was Microsoft and he’d already failed one of the modules because he said his memory was suffering.

I explained that memory can suffer when we’re anxious, so much pressure on us to pass – whether it’s career or amount of money being earned. We worked for 6 weeks up to his exam day and already by session 2 he was making some headway. His sleep had definately improved and his memory retention had too. Over the next 4 weeks we worked on confidence building and self-esteem to get him to the point he was able to take the exams on the regular basis needed.