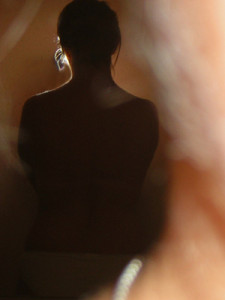 About Pain Management and how Hypnotherapy helps

Pain that lasts a long time is called chronic, and pain that resolves quickly is called acute. Traditionally, the distinction between acute and chronic pain has relied upon an arbitrary interval of time from onset; the two most commonly used markers being 3 months and 6 months since the onset of pain. Altering our perception of our bodies can help pain management.

Pain can be classed according to its location in the body, as in a headache, low back pain and pelvic pain; or according to the body system involved, such as myofascial pain (emanating from skeletal muscles or the fibrous sheath surrounding them), rheumatic pain (emanating from the joints and surrounding tissue), neuropathic pain (caused by damage to or malfunction of any part of the nervous system), or vascular (pain from blood vessels)

The thin (A-delta and C) peripheral nerve fibres carry information regarding the state of the body to the spinal cord. Some of these thin fibres do not differentiate noxious from non-noxious stimuli, while others, nociceptors, respond only to painfully intense stimuli.

Because the A-delta fibre is thinly sheathed in an electrically insulating material (myelin), it carries its signal faster (2.5–35 m/s) than the unmyelinated C fibre (0.5–2.0 m/s). Pain evoked by the (faster) A-delta fibres is described as sharp and is felt first. This is followed by a duller pain, often described as burning, carried by the C fibres.

Back in 1965, two neuroscientists, Ronald Melzack and Patrick Wall turned the thinking of the day about pain, from the brain being a passive recipient of pain, to the findings that the brain controls the pain. They proposed the “gate control theory”, where gates between the site of injury and the brain, allows the pain message through. The brain can close the gate by releasing endorphins. We release endorphins when we are in a heightened state such as finding strength in an accident, not feeling any pain until much later. We can also produce them through placebos, rubbing parts of the body that hurt, and using visualisation to help change the pain.

How can we use hypnosis with pain management?

There are a number of ways we can use our minds in pain management. Firstly the C-fibres can be over-ridden when positive neurotransmitters take precedence. So that means when we focus on something that we find enjoyable we don’t notice our pain so much. If we focus on the pain quite often it gets worse. Using progressive muscular relaxation we can relax the body enough to help the muscles relax. Consequently one does not hold so much tension, which all drives the pain. We can then use guided imagery to change our perception of the pain. So it might be that your pain feels hot and sharp, so in guided imagery, we can change that perception, to something more pleasant. Our brains develop a template of behaviour, so by providing something else you can change that template.

Another way the brain works with pain is to desensitize the area. This is called “Glove anaesthesia” and it is a tried and tested pain control technique. Using the brain’s natural processes to create numbness in a hand. This can be extremely useful as the patient can be taught to hypnotically ‘transfer’ this numbness to other parts of the body.

Use for needle phobia

I used this technique in battling my fear of needles and it worked a treat. It’s quite surprising when you’ve learnt it how quickly you can sum it up at a later date. Quite often just talking about it I feel my arm going numb. It does need an imagination and practice. There are also different kinds of needle phobias. Knowing which one you are can determine the type of intervention required. If you pass out when confronted by a needle, you could be experiencing a genetic disposition to passing out to anticipated pain. If you are one of these (as I am) then lay down flat when needing an injection can help as our brains don’t worry so much about falling.

Always remember though, if you are seeking pain relief that you have everything checked out by your GP first before resorting to see a complementary therapist.

Shelley had been diagnosed with Fibro, often there were days she could not do anything except sit in her chair. She felt miserable, and she dreaded going out because she didn’t know if the next day she’d feel absolutely awful.

Having talked her through how the brain worked and A and C fibres. I then got her to try and find things to do to occupy her time. That was another problem – she was bored.

Working on relaxation for the pain helped. Also, the solutions focused work took time for her to become more positive in her outlook. She felt she didn’t have many resources to start with.

Over time she did become more active. She managed to go out shopping, visit cafe’s, and visit friends. Consequently, going to see her son became less of a struggle. When she became a grandmother, she virtually forgot all about the Fibro altogether.

This I thought might happen as she recognised that having nothing to do was a problem not so much the fibro. By distracting her mind and finding a positive focus – a granddaughter – she was able to take control.

There has been medical research that has found hypnotherapy effective in the management of the disease. see: UK medical publications.

I know it sounds a contradiction in terms but when your back, is in a lot of pain, we tend to think of exercise as a way of aggravating it. The truth is that exercise if done correctly often improves back pain. Consequently, strengthening the core muscles and by producing endorphins. What is needed is a workout tailored to you. Most gyms will be able to take into consideration health matters before issuing you with a correct set of exercises. My own gym, for example, did not include a rowing machine in my initial set of exercises because of past problems. Later, when I built up muscle elsewhere, I was able to then move on to one without doing myself damage.