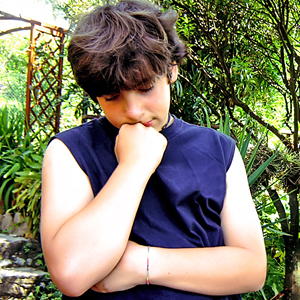 Bed-wetting or nocturnal enuresis is the unintentional passing of urine when the bladder should already have control. Standard treatment through the NHS is through GP surgeries which use specialist nurses. These usually are there for young children, but older ones who know they have a problem but don’t know how to control it. There are many reasons a child may wet the bed, but for older children, the most common one is stress.

The condition can also be a problem with sleep. Sleeping too deeply means the signal being sent from the bladder to the brain to wake up and empty is not being detected, or if detected, ignored.

The continuous cycle of bed-wetting

The continuous cycle of bed-wetting can promote anxiety and feelings of helplessness. Focusing on what helps, relaxation and working through how they feel about things can often help. Along with body alarms that you can set to a simple sleep pattern. They alert the person to getting up and emptying the bladder before going back down into the deep sleep.
One key element here is blame. No one is to blame; it’s just one of those things. Older children and adults who are bedwetting are not doing it for fun, or spite, and all would happily wish it away.

So the things you can try yourselves before going to bed are:

Learn to feel better/good about yourself; this will help change the brain chemistry and help make the sleep patterns lighter.

When I was at junior school, we did very few activities after school, but nowadays both parents often have to work. So after-school clubs have become very popular in the last 20 years. Although these clubs can help bring children together to learn, play sport and to socialise, they can cause extreme tiredness in a child who is not very robust — leading to exhaustion and bedwetting.

Before deciding on the form of treatment your child may prefer, it is well worth assessing the causes of the sleep crisis before taking action.

Josh’s parents had seen all the bed-wetting specialists in the area and were at their wit’s end. The nurse at the local GP practise who deals with bed-wetting accused Josh, now 11 to doing it on purpose, and you can imagine how that went down. Now he was 11, he wanted to go away on scout camps and to sleepovers, but they scared him too, because of the wetting. He felt humiliated.

I was sure I could help, so I explained about the bladder sending messages to the brain to wake up. But if you were sleeping too deeply, you’d wet yourself before realising. Josh was so excited to get a fresh perspective. I asked him to keep a diary of everything he was doing, as I needed to find out why he was sleeping so deeply. It would also allow me to get an insight into a typical week, his hobbies and activities.

Josh was doing a lot – mostly playing golf. As Josh wasn’t particularly academic, his family encouraged him in sports and golf was his thing. Once a week in the evening, he and his dad would go down to the driving range. On the weekend, Josh could play two or three rounds of golf. He was outstanding. However, comparing his journal over two to three weeks, a pattern occurred. He wet the bed mainly when he was busy the day or evening before. On Tuesday he had football in the winter, Wednesday scouts, Thursday driving range in summer. Saturday and Sunday Golf every week unless on holiday or the weather was too inclement.

The nights he was bed-wetting were after these activities. I didn’t want him to lose his hobbies. But after reviewing the findings, he cut out playing golf on Sunday as an experiment, and it helped.

We worked at first winding down for the evening and not to play games on the computer as it was keeping him too vigilant; he needed to relax. He had a bath, read a magazine and listen to my MP3 before going to bed. Within the first week he saw a slight improvement, he hadn’t wet two nights.
I also discussed with him the possibility of having a watch with a vibrating alarm. We had worked out his sleep cycles, so he knew he usually woke up at 2 am, but went to sleep again and often woke at 4 am to find he’d wet the bed. If he had the vibrating alarm, he could rouse himself at 2 am and go to the bathroom and see if he wanted a pee. His parent purchased the watch from ERIC.org.uk, and he tried it out at home first.

It helped. Josh realised that if he had risen when he naturally awoke at 2 am and given himself enough time to come too, he would have gone to the toilet. Now he felt comfortable to have a sleepover at his best friend’s house, and it was a success.

His confidence building all the time and getting the balance of sports and activity with relaxation time right. On the last session he wanted to come and see me, but his parents couldn’t make it. Undeterred, he cycled to see me on his own. Josh told me the brilliant news that he’d not wet himself once in that fortnight, and he went to scout camp too.

Jenny was a happy, bubbly 11-year-old when her mum brought her to see me. Like other kids, she’d seen the GP and nurses, and there was nothing wrong physically. I talked to them both about the brain, sleep, and getting the balance right. Her mother then told me it happened more when on holiday, which made her question me talking about stress. I asked her to write about all the activities she did on holiday and the nights when she wet. When she took part in vigorous exercise, she experienced bed-wetting during the night.

Sometimes the definition of stress to one person has an entirely different connotation to another. They thought it meant, showing anxiety about something, I saw it as something which can unbalance us – too much physical activity without winding down properly I count as stress.

When she thought about the times it happened at home; Jenny realised it was after Hockey, Netball and after-school classes such as Drama. She also had to attend breakfast clubs as both parents worked. In short, it exhausted her most of the time.

When I asked her to imagine what the perfect scenario would be when the problem was no longer present, she lit up and gave me a picture of being able to go away with friends and not being so self-conscious.

She asked for a suggestion, and I said experiment. Cut out one which is the most gruelling and replace it with some downtime – crafting, perhaps.
Over several weeks she became more aware of her physical and mental wellbeing. Jenny found that jewellery making was relaxing and focused enough for her to quit one sport. By the end of our six sessions, she was sleeping better. She was more focused and relaxed and doing better at school with her grades because of that.