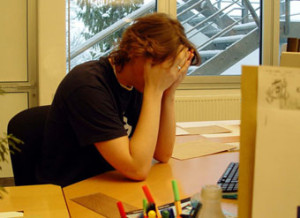 Stiff-person syndrome is a rare neurological disorder, which results from the autoimmune response in the brain and spinal cord not functioning as it should. A heightened sensitivity to noise, touch or emotions – even laughter can trigger muscle spasms which cause the person to fall over.

As it becomes increasingly difficult for the person to respond naturally, the risk of seriously damaging the head becomes apparent, which causes the person to become too fearful to move around without another person or a zimmer frame just in case. Even walking down the street, going to the shops or taking the rubbish out becomes an impossible task and agoraphobia can set in.

Treatment helps with the symptoms, anti-depressants, muscle relaxants and anti-convulsants improve the condition, but there are no cures. Patients have to adapt to their new circumstances.

So where does Hypnotherapy play its part in Stiff-person syndrome?

Hypnotherapy can do two things, 1) lower anxiety and 2) help the person visualise what they want to achieve and feel more confident in carrying it out.

Amy was in her forties, had been living a full life with a job and lots of hobbies, including Nordic walking and singing in a Rock Choir. Then one day after choir practice, she was talking to a friend who made her laugh very hard, and suddenly she froze and fell to the floor, hitting her head badly. Her friend called an ambulance, and they took her to A&E.

At first, it was just thought she had low blood pressure, but the episodes of stiffening and falling become worse. Months of tests revealed she was suffering from the rare disease Stiff-person syndrome.

Amy approached me to see if hypnotherapy could help with her condition. After two years of struggling and many falls, she had developed a fear of leaving her house.

Working online suited her best, as it meant she didn’t have to negotiate the wider world, to begin with. She was already leaving the house for acupuncture and cranial osteopathy, but they took a lot out of her.

We started with lowering stress levels, breathing exercises, and going over the visualisations she wanted to achieve – walking down her garden to put the bins out. Leaving her house, walking down the road to post a letter. Picking up a tray of food and taking it from the kitchen into the lounge. Walking upstairs to the bathroom and back.

Later we moved on to visualise, going shopping, meeting friends at her local pub, going to choir and to her other therapists. We knew it was going to be a gradual process, but each week Amy slowly improved. Most weeks she achieved the walks we designed together and was immensely proud of herself for staying calm.

She was very grateful for being able to work from home, have a wonderful group of supportive friends and the chance to lead a fairly normal life again, even though she wasn’t keen on taking the medication for stiff-person syndrome, she knew that it was all helping in some shape or form.