Are you or someone you know having problems managing their anger?

How solution-focused hypnotherapy can help with Anger management 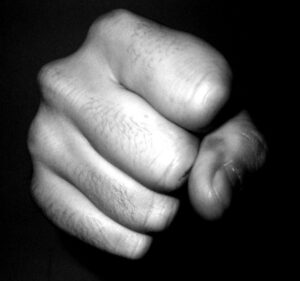 Anger is a response by the brain as part of the fight-or-flight mechanism when confronted with a perceived threat—a threat to survival, territory, or towards a loved one.

Instead of stepping back and making controlled choices about how we respond, anger will often flare up to confront the issue. Groups of people can channel that anger into making changes beneficial to the broader population. Think of the Suffragettes and the positive impact they brought to a male-dominated society.

It’s when that anger gets out of control, and the recipient of that anger is physically bullied or attacked that becomes a problem. Loss of making rational decisions stops those from being aware of the consequences.

Teens will use anger to remove themselves from a problem they can’t rationally think through and find solutions for. That is because the brain is not mature enough to recognise the outcomes due to immaturity and lack of experience.

The physical experience of anger

When an individual becomes angry, their heart rate and blood pressure increase as chemicals such as adrenaline pumps through their body. They become tense; fists clench, jaws clench. Some may slam doors, break plates, punch a cushion.

However, some individuals may not release this tension and suppress their anger. The subsequent emotional build-up causes them to ‘explode’ when it all becomes too much.

People experience anger in different ways, for various reasons. Something that makes you furious may only mildly irritate someone else. This subjectivity can make anger challenging to understand and manage. Every day, we can experience things that could make us angry.

Common causes include feelings of:

It’s wrong to think it only affects men; anger issues in women can often lead to addictions and self-harming because of inadequate processing of emotions. Sometimes this will stem from childhood. Parents who have problems showing emotions themselves can inflict their behavioural issues onto their children.

Persistent anger will take its toll on the body and immune system and over time can affect health in old age and early death. For more information on how it affects your body click here.

Gary came to me as he was having problems containing his anger towards his partner and child. Though they hadn’t manifested violently, he was afraid of it heading that way. His father was often absent growing up, and he knew when his parent argued, it would usually end in his father hitting his mother out of frustration. Alcohol had been a contributing factor, and Gary was very conscious of limiting his drinking for fear of giving in to the feelings of rage.

Problems with work were also making things worse. After an argument, there was an accident while driving home, so Gary knew he had to do something about it.

At the initial consultation, we went through his history and his fear of losing control completely. Explaining to him about how and why we experience anger from a brain function and physical perspective. I asked him how he wanted to respond to challenging situations.

Understanding the mechanisms that were driving the anger and how the brain/body connection works, made him aware of when it was happening.

At the first session; the answer to the miracle question was he wanted to “not be bothered” when things which usually irritate him came up. He felt he was a 3 on the scale, and we talked about learning to relax more through exercise and meditation and the relaxation MP3 I give to all my clients.

At first, he struggled to find the best times to fit these extra activities in. In fact, in the first three weeks, he had practised nothing and was getting frustrated with himself. I then asked him to plan out a schedule for the week ahead. Everything he had to complete work-wise and the times where he could find do something for himself.

He then tried several ways of defusing the tension. At work, he would take a walk around the building. Away from work, he found running, cycling and mindful meditation were the most useful to him. He converted his shed into a summer house where he and the family could chill in the evening, and he could meditate every morning. It felt rather sissy at first. He’d always thought mediation was “rather suspect”. We talked about martial arts and the use of focused attention, and he got it.

His wife also enjoyed the hypnotherapy MP3 and found her sleeping had improved. Her hormonal mood swings had decreased, and she wasn’t on tenterhooks all the time wondering what kind of mood Gary would be in when he got home.

It took about nine sessions, though there was a bit of a break in the middle because of unforeseen circumstances – his father-in-law had died suddenly. He appeared pretty stressed, so we just worked on lowering the stress for one or two sessions. Gary felt much more able to take a step back and consider his position without overreacting. His family life also improved steadily, and he realised what an impact it was having on other members of his family.

The language patterns I used for Gary centred around relaxing, concentrating and feeling more confident about himself and the decisions he made. When problems occurred at work or home, I helped him reframe them and visualise how he would prefer them to be.

One traumatic memory of his father turning up drunk on Christmas day when he was 8. I used the NLP technique called “Rewind” on it – scrambling the fear and upset he always felt when thinking about it and reframed it so he felt could lay it to rest. He’d been blaming himself for years, that the incident was his fault, but Gary put himself in his son’s shoes and realised what a similar impact his behaviour could have on him.

Being on the receiving end of anger

Sometimes clients come for hypnotherapy because they have a loved one who is having issues with anger, and they are finding it challenging.

Geoff had served in the army in Afghanistan and now settled in civilian life as a builder and handyman. His wife, Simone, was the person finding it difficult to suppress her anger. Partially a hormone problem and partly the responsibility and stress she found herself in at work was being directed at Geoff. Perhaps because he’d been away for so long, she was having difficulty adapting to the way things were now.

I helped him develop some strategies and to understand what was going on from a biological and a psychological perspective. I asked him to keep a diary, to see if there were any patterns, as he wasn’t aware of any. It proved my instincts right when there were a lot more outbreaks of anger connecting with Simone’s hormone cycle. She also suffered from fibroids with heavy bleeding and was in a considerable amount of pain.

Geoff accepted that he was often in the wrong place at the wrong time, and her angry outbursts which included throwing and smashing things, telling him to get out wasn’t his fault, but he could see that his actions at trying to smooth things over were making it worse.

Once he could see a pattern, he thought about solutions. One idea he had was to go out when these rages started; they shared a flat, so indoor space was tight – but he didn’t know how long to go out. I suggested he experiment. After a few weeks of trying lots of novel approaches, he found that going for a walk around the block was enough time for Simone to cool down. Anything longer made her angry he’d abandoned her, anything shorter, and she hadn’t calmed down.

He also was playing the MP3 at night and told me Simone found it helpful. I encouraged him to give her access to a copy so she could listen to it herself when she needed to.

We worked for about four months on the problem because it wasn’t just his response he needed to change. It had kicked off a range of OCD activities such as continuously checking he’d not run someone over on the pedestrian crossing. He put this down to an episode in Afghanistan, which his stress at home was highlighting.

Once we had his stress under control, these episodes of sudden worry reduced right down. He had found lots of distinct ways to help his wife, including cooking dinner at the weekend and making sure the house was clean when Simone came home from work. He also took up Karate, allowing one evening a week to wind down and develop a fresh group of friends. Simone used this night to meet up with friends, giving them social interaction and some personal space.

How Penelope can help with anger issues?

Penelope uses a wide range of different tools proven to help in changing reactions and calming the mind. Hypnosis works by calming the part of the mind which alerts us to a potential threat. It allows a person to take a step back and see the situation from a calm perspective. This allows them to come up with positive strategies to help change the response. The free mp3 helps a person to sleep better. Often anger will arise through lack of sleep and being in the rational part of the mind. Mindfulness exercises calm and focus and NLP tools can help change traumatic memories and anchor a calm response.