Psychotherapy and Hypnotherapy for Phobias 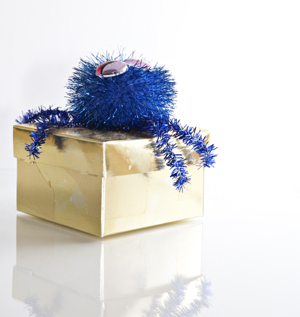 Do you have a fear or phobia which is stopping you from enjoying life?

Hypnotherapy, NLP and BWRT can all work to change your response to the trigger.

What is a phobia?

It is generally accepted that phobias arise from a combination of external events and internal predispositions. Some phobias such as fear of spiders and snakes, may arise more easily. The result of an evolutionary trait that conditioned humans to fear certain creatures that could cause them harm.

In a famous experiment, Martin Seligman used classical conditioning to establish phobias of snakes and flowers. Results of the experiment showed that it took far fewer shocks to create an adverse response to a picture of a snake than to a picture of a flower. In conclusion that certain objects may have a genetic predisposition to being associated with fear.

Many specific phobias can be traced back to a specific triggering event. Usually a traumatic experience at an early age. Social phobias and agoraphobia have more complex causes that are not entirely known at this time. Some researchers believe that heredity, genetics, and brain chemistry combined with life-experiences play a major role in the development of anxiety disorders and phobias.

Having a phobia stops you from having a full and happy life. I should know, I spent 13 years not driving or going to the dentist because of the template I had well and truly fixed in my brain.

Next stage of a phobia is to lay the response down in a template in the Hippocampus. The Amygdala responds to a stimulant. As a result, the hippocampus tells it how it dealt with it from the last time. In the case of spiders usually  by screaming. In my driving phobia, it was just freezing and not being able to move. As a result, this was built up over years of having bad experiences until my brain just refused to engage with the situation. In conclusion, I experienced panic attacks and freezing every time I sat in the driving seat.

They can be managed. Consequently, once under control, you can manage them until they have gone, and they do go. If you have a real vision of how you’d like your life to be if the problem wasn’t there. I basically decided that I needed my independence back.

Starting with relaxation and using a fast phobia technique, and reframing the problem, Specific phobias usually take 4 or 5 sessions to get under control. If there are more or anxiety is generally very high, it might take longer. Hence, I have seen people with all kinds of phobias, from toadstools to lifts, from driving on the motorway to dentists, from MRI claustrophobia to fear of needles for the COVID vaccine – with good success rates.

In non-specific phobias, such as fear of wide spaces, the dark, general driving, emetophobia etc, there are no specific triggers. As a result, it will take longer and we may start with lowering anxiety generally and then gently increasing exposure to the object of the phobia and look at some of the thinking using CBT.

And –  Desensitization for phobias

Also see the A-Z of phobias