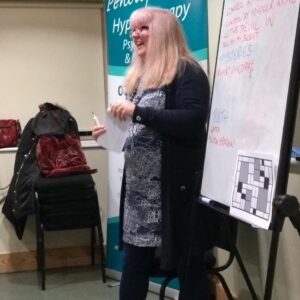 I grew up in a very multicultural area of London. My family were fairly ordinary but my mother and sister were fussy eaters. That is why today, one of my specialist areas is around fussy eating in adults.

From there I went to study Architecture at Oxford Brookes University and eventually found myself in publishing. worked in advertising and marketing for a variety of publications including AutoTrader, The Oxford Times, Northcliff Newspapers and iDJ magazine.

In 1995, I became interested in the internet and started developing websites and e-commerce sites. Then the “dot com bubble burst” and along with many other co-workers I was under an enormous amount of stress.

This left me with a phobia of driving. There had been many near misses and she felt completely unable to drive and often had panic attacks. I tried analytical hypnotherapy first but it made no effect to the phobias. So I looked around for another way and decided to train, so I could understand the process more.

It was in 2007 as I trained in Solution Focused Hypnotherapy at The Clifton Practice Bristol, I was able to overcome my driving phobia, but also fear of needles, blood, balloons, and spiders. I have since been featured in the book, How to Overcome Fear of Driving: The Road to Driving Confidence and The Daily Telegraph.

Other courses and organisations

Since then I have also added Cognitive behavioural therapy, DBT, NLP, Mindfulness, coaching, nutrition and BWRT  to my toolbox and became a supervisor for the NCH and AfSFH in 2010. That was a busy year as I was also involved in setting up – The Association for Solution Focused Hypnotherapy. – Its journal editor for 5 years.

I was one of the first hypnotherapists to be accepted into the government created Complimentary Natural Healthcare Council too.

In 2016 I trained in Nutritional Therapy so I could work more closely with my weight loss clients and Fussy eating clients. Making sure they were eating the right balance of foods. Also that year she received the foundation certificate in Integrated Medicine from The College of Medicine. In 2017 I was accepted as Senior Associate of the Royal Society of Medicine.

As a result of having a consultation with me, you will leave with an understanding of your problem from both a biological and psychological perspective. Consequently, you will gain a clear insight into the potential benefits of hypnosis and how you might feel about working with me. You will also have the opportunity to have all your questions answered.

I have also trained as a coach and a mentor for Oxfam. As well as being a supervisor/mentor for other hypnotherapists. 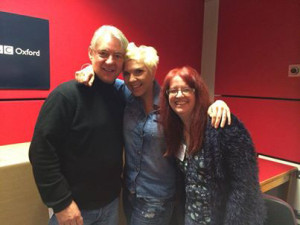 I have been one of the “Ask the Experts” in the magazine Happiful and contributes tips on anxiety related problems.

I occasionally make appearances on BBC Radio Oxford on shows such as Malcolm Boyden’s Valentine’s show where I talked about phobias – and fear of commitment.
On Kat Orman’s lunchtime show we talk about current news stories such as hugging and the importance of Oxytocin. I have also been on BBC Radio Somerset talking about motivation, and National BBC radio talking about phobias.

I have also appeared on Oxford TalkTV Channel 8 talking about uses of hypnotherapy. The difference between a hypnotherapist and a stage hypnotist.

A variety of national newspaper articles have been written about me, including one on my driving phobia and experience with living with someone with sleep apnoea.

I am or have been a member of the following professional bodies:

A large number of clients come as a result of referrals and having heard me talk on BBC Radio about mental health issues. Or have read my name in newspaper articles about driving confidence. Many will be local to Oxford, but since Covid and working mostly online, I have clients from all over the UK, especially London, and further afield such as Dubai and France.

In 2015 she was interviewed by Talk Oxford, the local TV channel about the work she does.

Please give me a call or email me so we can start making the changes in your life you need – to make it better.

I look forward to hearing from you.