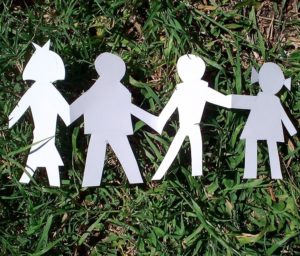 The theme for International Men’s Day 2018 is ‘Positive Male Role Models’. And I think myself lucky that I had many in my life. My father was out at work much of the time, but at the weekend I would help him out and about the house and garden. I was lucky to have grandfather’s to hand and lots of uncles and great uncles.

On top of this, I had great male teachers who were brilliant at both being strict but fair.

But many children don’t get the chance to really connect with a father. Even today in households where the father is present they spend less than 10 minutes a day one on one with their children. Often working long hours or sometimes two jobs just to provide.

I often see men trying to cope with the pressures of work and balance their time with their families. Often they find they have to be two completely different people. They struggle with what being a good father actually means, as they had such a poor role model themselves.

Things have changed since WW1

Society has changed enormously over the past 100 years. Then, men had no input to raising children, to now being expected to be fully present at all their children’s events. Some of my younger male friends love posting their activities with their children, including dressing up.

British men have sometimes had to reinvent themselves to keep up with society norms. That’s no bad thing, but it means they have less time to perhaps do things for themselves. The high level of suicides in young men has been linked to the lack of contact with a positive male figure in their lives. Life is often complicated, we’re taught it’s wrong to be angry, but at the same time not to cry. We’re taught it’s our duty to fight wars but once you’re done what value do you have?

Finding your place in society may be a challenge but Solution Focused Hypnotherapy could help a man in your life who needs help. They may be depressed, have no focus, self-harm or drink too much.