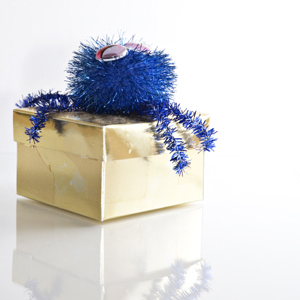 Halloween is here! Frightened? Nah! If you haven’t encountered the vast amount of sweets and witches costumes in the local supermarket – then where have you been?

When I was a child we didn’t celebrate Halloween here. It was an American invention. (though history shows it actually is a Celtic festival followed by Scots and Irish. The “Tricks” were not tricks in the way we know them. Young people would visit their neighbours’ houses and sing a song, recite a poem or perform another sort of ‘trick’ before receiving a treat of nuts, fruit or coins.)

The dressing up in costume follows the belief that this time of year demons roamed free. (One of the Celtic 4 quarter celebrations – the others being Feb 2nd, May 1st and Aug 2nd). By dressing up as one, or the soul of a dead person it would fool the demons.

But being scared it turns out is good for us if it’s managed. Films and haunted attractions bring thousands of people flocking to be scared out of their wits. You’d think that with all the horror of the real world we wouldn’t need to fabricate it.

Research shows that going through an extreme haunted attraction provides similar gains in choosing to run 5Km or tackling a difficult climb. There’s a sense of uncertainty, physical exertion, a challenge to push yourself – and eventually achievement when it’s over and done with. You know it’s safe (otherwise the health and safety wouldn’t let you in) but it pushes your boundaries.

I have been on countless investigations myself as a member of the Society for Psychical research. I tend NOT to get over anxious as I know nothing can harm me. The only time I became slightly worried was investigating prison cells. The owner tried to keep in complete darkness and I refused because the floors were so uneven. I was afraid I’d hurt myself, NOT because of any possible spirit activity of which there was none by the way.

If anything paranormal happens in these places I am quick to run towards it, just to make sure it’s not something explainable. Just like when I lead a team on a charity hunt at a large Victorian mansion in Somerset. They had some very well documented paranormal sitings going on. The doors of the corridor opened. I signalled to my team to run towards them. When I got there and looked behind me everyone had scarpered. It was like Scooby-Doo! I waited until the doors moved again and observed what was happening on the other side of them. When the front door was opened, it caused the air pressure to change and so all the doors from the corridors to the hall were pulled or pushed with the air pressure.

But the point of this being frightened is; it’s controlled. We know it will end.

What if it doesn’t end?

Bullying and abuse equal continued fear. The raised cortisol levels in our body will lower our immunity. We’re much more likely to become ill, and it can shorten our lives. Recently there was a news article about 40 years of the film Watership down. How it traumatised a whole generation. I was 13 when I saw the film and was a little taken back that it was a children’s story. Violence, bullying and death being the theme. Poor bunnies.

However, as a therapist, I have had clients report that the film did seriously traumatise them as a child. It would depend on their age. But I have to question some parent’s judgement on what they think is suitable for their children to be exposed to.

If the fear was not properly dealt with at the time it can turn into a full-blown phobia or something worse. As children, we learn to deal with threats, and fairy stories are metaphors for the real world. If our parenting isn’t up to scratch, or we are growing up in a culture which has a specific belief system. We can end up with all kinds of psychological problems as we never learn positive values.

Also read: Why it’s fun to be frightened.