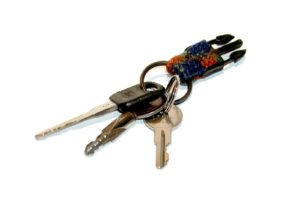 Back in 2001 I decided to tackle the driving phobia that I had developed back in the early 90s. The very last journey I made was from Oxford to Abingdon in a pool car which had a problem with it’s gears and was low on petrol. Part of my fear was confidence in the car I was driving, thankfully today cars are more reliable than 25 years ago when I learnt to drive, and today I drive a 4×4 which allows me to have a good view, and it’s automatic so I don’t have to remember what gear I’m in.

The type of hypnotherapy I had was analytical, the therapist asked me to start counting back from 99 and as we counted down I relaxed, then he asked me to go back to the furthest point my subconscious could pick when this problem started. This puzzled me because I had spoken about my earliest near miss, and that was my family driving back from Norfolk on the Newmarket bypass when a caravan overturned. No, he was sure it was something when very young. Nothing… blackness… I experienced nothing…He then kept asking me to try and picture something and I was back in the hall of the house I grew up in, in London. A memory which had nothing to do with driving.

I hasten to add, it didn’t work. 5 sessions and all it did was make me realise I hated my job and I was going to chuck it in, sell the house and go travelling around the world.

Despite the hypnotherapy not working, a few years later I trained as one just out of interest, as I wanted to know what happens in the brain when it’s hypnotised. I never did find out because the research on the subject was only carried out recently, but one of the most important pieces of information I learnt about my phobia was how it developed and what was happening in my brain.

Phobias develop because the amygdala clocks the things that are high anxiety and are a possible threat. The hippocampus helps label the memory and so when encountering the same thing again the brain flags up the threat and wants you to avoid it. So it floods your brain and body with adrenaline and cortisol, which feels horrible. The cortex likes to come up with alternative solutions to problems so will provide you with every scenario for you to experience just in case it does, which again does not help. By lowering my general anxiety by listening to my own MP3 I was able then to scramble the near misses and replace them with funny cartoons instead.

However, now we know what happens in the brain during hypnosis, research at the Stanford University school of medicine has shown distinct sections of the brain have altered activity and connectivity when someone is hypnotised.

They found there was a decrease in activity in the dorsal anterior cingulate. There was an increase in connectivity between the dorsalateral prefrontal cortex and the insula, which is the part of the brain that controls what goes on within the body.

So by using hypnosis, you can help change the response to the driving and change the reaction of fight and flight. In trance it’s easier to make positive suggestions that are taken instead of the executive logical part of the brain dismissing it.

You can show the brain a positive alternative and it can accept it, and as the brain can’t differentiate between real and imagine in trance then by describing something it wants to do, it thinks you’ve already done it, recognises this and so the amygdala doesn’t throw a wobbly.

I see on average about 4 clients a month with fear of driving and it’s on the rise. Around Oxfordshire the traffic is horrendous, roads like the A34 are over used and are too narrow. Accidents happen on a daily basis and there are many fatalities. The increase in housing in the area is only making things worse, as more traffic is produced. An accident on the A34 means that traffic uses alternative routes and congests towns. Tensions rise, anxiety increases and this could also lead to higher number of accidents. The A34 cannot be widened at Botley so the only thing that can be done is to slow the traffic right down as it reaches the outskirts of Oxford.

But my clients don’t just come from Oxfordshire, I have had driving phobia clients travel by train from London and Devon to see me, plus I have worked via Skype, so it’s a nationwide problem.