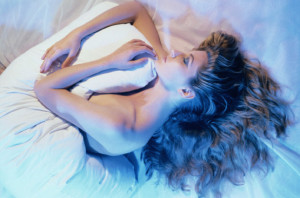 Margaret Thatcher said she could do with between 3 – 4 hours sleep. Most of us between 7 – 8 hours sleep, teenagers around 9 or 10 hours sleep. Understanding what it’s all for can help us solve sleep-related problems, such as insomnia, sleepwalking and bedwetting.

Taking an average person, who works a regular day shift, does not have weight issues and is not being kept awake by screaming kids, I’m going to take you through the journey of sleep. I’m using 11pm-7am as my reference.

The wind-down. To encourage the onset of sleep, most advice contains – no caffeine, no alcohol, little stress and reduced activity. TV is ok up to perhaps half an hour before, but nothing wildly exciting; keep computer games to a minimum. This is not just to keep brain activity at a steady rate, but the blue light given off from LED screens especially can interfere with melatonin production. Our brains think it’s morning! Lighting should be low and preferably at the red end of the spectrum. Warm milk and a warm bath can also help. The body cools down faster after a bath and this can help speed up the nodding off process.

We slip into the first stage of sleep. The Hypnagogic state is similar to the trance state. Reports of body distortion, floating and occasionally the sudden falling sensation that wakes you up with a jump – the myoclonic jerk. This spasm is generated in the primitive part of the brain, and is linked to the sudden release of muscle tension. The speed at which the brain processes the situation is a fraction of a second but the whole thing tends to become part of a dream, which includes falling or slipping.

Other symptoms are visual imagery, starting with flashing lights, patterns and random faces and objects appear and blend into one another. Artist Salvador Dali used the hypnagogic state to come up with new ideas for his surrealist paintings. (i)

We should be in the early stages of deep sleep, norepinephrine, orexin and acetylcholine stop flowing through the brain – when awake these neurotransmitters help us focus our attention – the neurons in the thalamus and cortex produce delta rhythms. NREM can occur at this stage, dreams tend to be more matter of fact, mundane and non-emotional. Robert Stickgold of Harvard medical school believes NREM helps stabilise and strengthen memories.(ii)

During this first deep cycle, one is most likely to experience sleepwalking. It was always taken as a bit of a joke in my family. My mother on occasions – usually when I’d had a particularly eventful day – would be woken up by the “boomp boomp” of me knocking a tennis ball against the hall wall with a tennis racket – it’s a shame I never grew up to be another Venus Williams!

Childhood is most common time for us to experience sleepwalking, and more work at Harvard concludes that there are a number of factors that leas to it. 1) Genetics – quite often sleepwalking runs in families. 2) Sleep apnoea – snoring can force the sleeper into getting up without them knowing. 3) Environment – staying in unfamiliar places can trigger bouts of it. And 4) Emotional disturbances can move the person to all kinds of acting out the disturbance including murder.

Sleep eating is also common, and I had a client who came to see me about weight loss when asked how her sleep was she confessed she would often come down in the morning to find her fridge had been raided in the night – she lived on her own! Sleep sex and driving are also more common than you think.

Related to sleepwalking are night terrors, again usually connected with children, it happens during the first deep cycle when the Delta waves are high and slow. Rosalind Cartwright’s research (iii) into sleep disorders finds there is a connection between rapid physical growth and development of the neurological network sustaining new learning.

At this point we are over 2 thirds through our first cycle, now as we reach REM we stop moving – it’s called REM atonia. The eye movements associated with REM are generated by the pontine nucleus with projections to the superior colliculus and are associated with PGO waves (Ponto-geniculo-occipital waves).

The reason for our inability to move is believed to stop us from acting out our dreams. Experiments carried out on cats by Michel Jouvet in 1959 has shown that cats with lesions around the locus coeruleus have less restricted muscle movement during REM sleep, and show a variety of complex behaviours including motor patterns suggesting that they are dreaming of attack, defence and exploration. (iv)

A number of sleep scientists including Stickgold believe that we’re doing this too. Evidence points to future rehearsal when studying the dreams of hunter-gatherer societies dotted around the world. (v)

Rosalind Cartright found that negative moods are down-regulated overnight. In her sleep clinic, she carried out a study on people going through a divorce. She found that the dreams helped make connections to older memories and how we organise data about ourselves – what’s good for me and what’s not – helps defuse our emotions and encourages the dreamer to wake feeling more positive and able to make a new start.(vi)

– we’re out of our first cycle and unless we get woken up by our bladders we’ll be back down into deep sleep and NREM. We’ll have a bit more REM this time and are likely to end the cycle around 2am.

At this time we may wake up, and many people report wakefulness at this time, that’s because this used to be in the pre-industrial age a natural time for us to be awake. Know as “The Watch”, history shows us that before electric light, most people went to bed just after dark. In winter this was most likely around 8pm, so they woke around 2am, some stayed in bed, others got up and went to visit neighbours! Back in bed around 4am, drifting off to about 7.30am when the sun rose. In summer they probably stayed awake. In hunter-gatherer societies which share living space, many people sleep when they feel like it with plenty going on around them, chatting, animals, babies – someone is always awake – and they have the capacity to totally ignore the familiar noises around them. (vii)

Next cycle for sleep ends around 3.30am, which is when many people wake. Then 5am and 6.30am, each REM cycle getting longer and longer. If you’re lucky you might even experience a lucid dream. These fantastic fantasies, which can be manipulated by the sleeper makes them so special. Allan Hobson MD of Harvard (viii) suggests the lucidity comes from the prefrontal cortex being reactivated by a kick of noradrenaline. This substance is usually absent in REM. Hobson suggests this is why our attention is more focused and can control them.

David Luke of the University of Greenwich suggests our brains contain a highly psychoactive molecule N,N-dimethyltryptamine (DMT), which is a distant cousin to LSD. This chemical is made in the pineal gland and alongside melatonin, helps activate sleep cycles – especially dreams. DMT also comes from South American plants which Amazonian shamans use for their visionary properties. Luke also connects the vision types to specific types of hallucinations such as elves and greys. To take DMT you would certainly experience flying, a common theme in lucid dreaming.(ix)

– Cortisol levels have been rising for some time now, to get the body prepared for the muscle exertion of getting up, these start around 3 am and by now are having an effect. If you need an alarm clock, sleep researchers reckon you’re not getting enough sleep. The hypnopompic stage comes in at the end of REM parts of real life meld with our dreams, a buzzing fly may lead the brain to start bringing a buzz saw into a dream about Aunt Jane. We may wake up and still be in sleep paralysis. There’s a sensation of someone sitting on us or the bed, hear voices, dogs barking, seeing people standing at the bottom of the bed. The confusion comes from the pre-frontal cortex taking about 20 minutes to reboot!(x)

Sleep inertia can last anywhere between 1 minute and two hours depending on the amount of sleep.

Sleep apnoea is snoring. Not just ordinary snoring but the sort where the person stops breathing for up to a minute. It’s often caused by the weight of the neck pressing down on the throat so that the air cannot reach your lungs. The body gets stressed and levels of cortisol rise, the person tosses about and never gets decent sleep. The result is they fall asleep during the day and especially doing mundane jobs like motorway driving. If you or your partner suffers from sleep apnoea do something about it now. It can shorten your life, put extra stress on the heart and often make obesity worse. Use a CPAP machine and you’ll not only sleep better but you’ll be emptying your stress bucket. You’ll have enough energy to exercise and reduce the weight that’s making it worse.