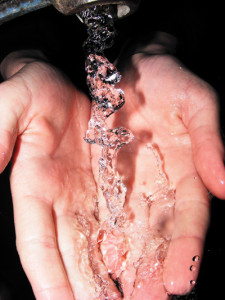 Researchers have yet to pinpoint the exact cause of obsessive-compulsive disorder (OCD), but brain differences, genetic influences, and environmental factors are being studied. Brain scans of people with OCD have shown that they have different patterns of brain activity than people without OCD and that different functioning of circuitry within a certain part of the brain, the striatum, may cause the disorder. Differences in other parts of the brain and an imbalance of brain chemicals, especially serotonin and dopamine, may also contribute to OCD.

In the 1990s, Dr Jeffrey Schwartz made the discovery that a four-step cognitive behavioural therapy he pioneered is capable of changing the activity in a specific brain circuit of patients with obsessive-compulsive disorder. After publishing his findings in scientific journals in the mid-1990s, Dr. Schwartz used his discovery (which is becoming a widely utilised treatment for OCD and has been corroborated by other research teams) as the basis for his book Brain Lock which leads readers through the four-step Cognitive-Behavioural Therapy that he devised to treat OCD.

Dr. Schwartz’s breakthrough in OCD provided the hard evidence that the mind can control the brain’s chemistry, and that it can do so through the classic Buddhist idea of mindfulness. Mindfulness is another area that many sufferers are turning to in an attempt to use it to help them break free from OCD.

However since he came up with the CBT version he has changed his views somewhat, now suggesting that it’s anxiety alone that drives the OCD.

How Hypnotherapy can help with OCD

Hypnotherapy helps enormously with reducing the anxiety that drives OCD. Using CBT focuses too much on the problem so we look at when the problem is less and help find ways of reducing the triggers that set it off.

OCD can take a number of forms:

Megan was a social worker with a history of borderline personality disorder and OCD. She lived in a flat with her boyfriend and two cats. Her anxiety manifested in being obsessed about windows and doors being locked so the cats couldn’t get out and making sure her hair straighteners were switched off. She would often carry them around with her so she could keep looking at them to make sure they were cold. When leaving the flat she would double check the cats were in and all the doors and windows were locked about 4 times, making leaving the flat take about an hour.

Over the course of 5 sessions she stopped carrying around her hair straighteners, reduced her window checking to just once and was able to leave the house with only one check.

This is related to OCD and usually relates to a physical activity such as skin picking or at it’s worst, having nose jobs one after the other because the brain is not recognising when to stop the obsessing about the body part.

Susan is 26, lives at home with her parents and came to see me with BDD – she was an obsessive skin picker and she would spend over an hour each morning trying to get her make up right to hide her perceived flawed skin, this was a problem as she was often late for work as a result and her job was on the line.

Using a mix of solutions focused hypnotherapy to reduce the anxiety and to focus onto what she did want, CBT to be able to determine her goals and make a plan of action on reducing her rituals, she was able to change certain routines slowly but effectively over a period of about 6 months.

She decided that going to the bathroom first – she would not be able to spend the time she would normally in front of the mirror washing.
Step 2 was changing the position of the mirror in her bedroom, something so simple was to make a big difference as she found she didn’t look into it every time she went in and out of her room.
Step 3 was to be mindful about when the urges came, she was able to recognise what they were and refocused on something else. She enjoyed knitting and jewellery making so when the urge got too much she would make another necklace.
After repeatedly side tracking herself she found the urges deminished.

In the end she was able to control her urges and used hypnotherapy to help her lose weight, and she also moved out of her parents house, took up swimming and was able to socially interact much more. Her job was now safe and she felt she had really understood and cracked the problem.

This form of OCD is much more common than at first thought. Intrusive thoughts fill the mind of a person that are negative and make them think they are a bad person or that they are going mad. Examples are often connected with upbringing and the last thing anyone would do, such as having thoughts about harming their child, or a sexual fantasy that is completely outside their moral upbringing, or blasphamous thoughts that go against their religion. For more information on obsessive thoughts then please read “Imp of the mind”.

CB was born to a very religious family, but by the time he was 7 he had realised that there was a gap between belief and what he was learning in the wider world about science and evolution. This gap in belief made him very anxious because it caused no end of problems with his family. that’s when his OCD started. He felt his father, who was a vicar was bullying him into the faith and so it caused a deep divide. Later as he got older these feelings of pressure from the family got so bad he had a break down. Any interference from religious people only made it worse.

CB had come for a whole range of issues, this being just one of the many. He found that the thoughts died down when he was feeling happier and more relaxed when he had hypnotherapy.