Fussy eating or ARFID – Avoidance/Restrictive Food Intake Disorder usually starts as a child. Quite often this problem develops through some kind of trauma. Whether it’s a subconscious association with an operation as a child, choking, vomiting after a binging on a birthday cake. Abuse or bullying can trigger it too. My mother struggled with fussy eating, avoiding white food. She developed this phobia during WWII. Rationing meant a lot of rice pudding and tapioca. The association between the fear of being bombed and bland white food meant she found it impossible to make any food which was white. 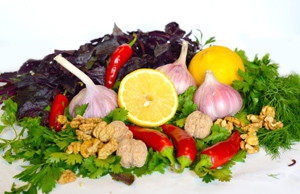 Though it can develop at birth if the baby is very anxious – sometimes connected with a traumatic birth, cesarean birth especially because the gut flora can become severely altered. This can cause all kinds of anxiety issues in very young children. Getting the right balance of gut flora takes months to develop, and if the child is bottle-fed, it can add to the problem.

Whatever the origins, fussy eating is pretty normal for children between three and six. Children’s eating habits start very young too. Before their second birthday in fact. Getting into regular habits and introducing babies to the family table at mealtimes reinforces helpful behaviours. Getting it right before the terrible twos kick in makes it easier for the parent in the long term.

Usually, by the age of six, children become more acclimatised to eating a wide variety of meals with their peers at school. Our busy lifestyles make it common for parents to hurry their children to get to school in the morning and give them their tea separate from the adults in the evening.

Sometimes it can be the parents who are part of the problem. A fussy eating parent will probably pass on the anxiety about food to their children, or allow their child to be fussy. My sister was a fussy eater. My mother allowed her to do so because she understood what it was like to be anxious about new foods. Common complaints from clients have been that their parents have a very boring conventional British diet. They have tried none of the interesting foods out there. They just don’t know how to introduce them into their diet.

It can become more of a problem as the child reaches adulthood. Late teens and early twenties are the most common client ages as they become more independent they feel embarrassed they are still eating childhood foods.

They also notice the problems of health, such as bones strength or energy levels being low and sports becoming difficult. Digestive problems such as IBS, diverticulitis, diabetes and malnutrition can develop, and have terrible consequences for the individual.

They may experience problems socially as their friends go out for meals more regularly, and they end up at the end of the table with a plate of chips, can of cola and feeling embarrassed.

How does Hypnotherapy help ARFID

Hypnotherapy helps lower the anxiety around eating new foods. Sometimes the old behaviours need to change and they can address this subconsciously. Remembering too that the fight and flight response shuts down our digestion, so hypnotherapy can help get appetite back on track.

Fussy eating and ARFID although classified as an eating disorder is less concerned about weight and body image and more concerned about fear of food. Hypnotherapy can help lessen that fear. Alongside Solution-focused therapy, it allows you to see yourself enjoying foods, eating out, be healthy and make the changes needed.

Nutritional therapy can help ARFID too

Nutritional therapy can be helpful too, as understanding what the best-case scenario is and to help develop food plans. It’s sometimes a long process, depending on the time and resources a person has. If Saturday is the only day to practice cooking a meal, then it’s going to take you longer than two or three times a week. The good news is, it’s beatable.

It’s also OK to get friends and family in to help. If you want to try new food in a restaurant, go to one which may serve a variety such as Tapas, or a buffet and take a friend who eats anything, that way if you really don’t like it, there’s no waste.

If you only eat pizza, or chicken nuggets and chips, the good news is that you can change your tastes and the fear and start having a normal life.

Fussy eating is one of my specialist areas because I grew up in an ARFID family and so developed my own programme based upon the help given to my sister as a teenager which got her from eating only minced beef, potatoes and peas, to a full range of foods.

As a nutritional therapist and a hypnotherapist, I look at a person’s diet and help the person transition between restricted diet, often processed food, to becoming curious and exploring cooking and new recipes based upon similar foods.

Sarah never spent lunchtime with her colleagues, she’d always go out and eat away from the view of others. Her main diet was bags of crisps – prawn cocktail. As Christmas was approaching, they invited her to the Christmas lunch at a local pub but made an excuse not to go. A colleague pushed a little harder. That is when she confessed about her problem with food choices. A few months before it had come to a head. She and her boyfriend went on holiday and she couldn’t bring herself to try any of the foreign foods.  The colleague persuaded her to see me because I had helped her son’s anxiety.

The problem started when she’d been sick as a child and she started limiting her food intake because it scared her it was something she ate. Living only on white carbohydrates such as cheese sandwiches and crisps meant she was thin, pasty and often ill with colds.

The first part of our work together was to lower her anxiety levels and not see food as a foe, but as a friend – food is medicine. Once we could get her in the right mindset, we looked at the foods she’d like to develop a plan of action she was happy to follow.

Although it took months to progress, she slowly added new foods into her diet. The most surprising introduction which she loved was smoked fish. Smoked mackerel and salmon became a favourite of hers. She started taking colleagues out for lunch so she could try some of their food choices. Slowly Sarah widened her diet, so it included ethnic cuisine too. A trip to her local Thai restaurant buffet proved a big hit.

This delighted her boyfriend as they could holiday in Thailand with no issues around the food.